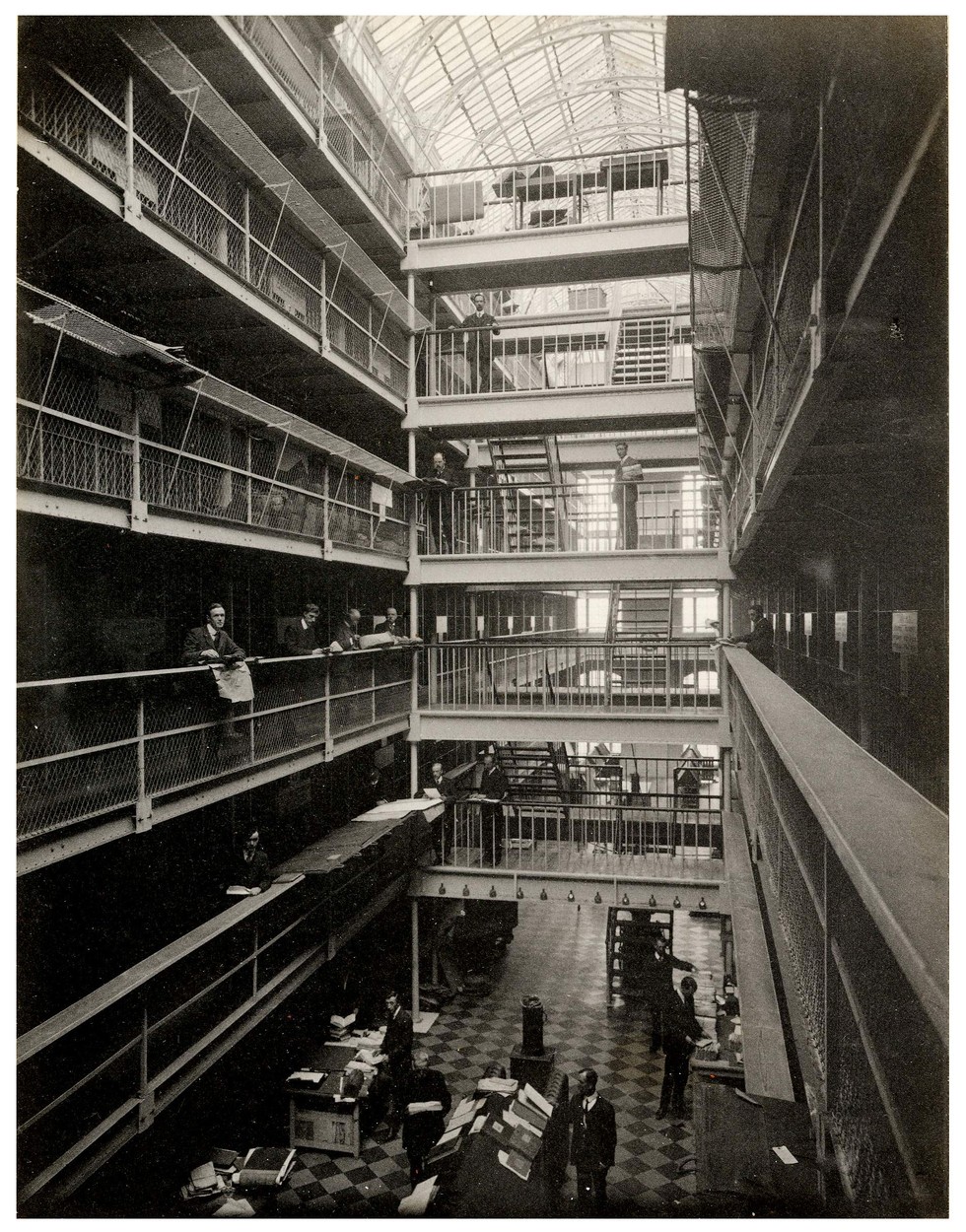 What’s your family secret? We all have one. That skeleton in the closet that we can’t help but be fascinated by, despite the refusal of other family members to acknowledge their existence. Sometimes it can be something personal, an addiction or an illness that was always referred to euphemistically. Perhaps it could be the lack of a marriage certificate, or the date of the wedding coming a bit too close to when the first child was born. Then there are the other types of omissions, the ones that might have resulted from an ancestor being caught on the wrong side of history. Every country has this because it is human nature to try and simplify our historical narrative. This side was ‘good’ and the other side was ‘bad’.

With the Decade of Centenaries in Ireland and all the various discussions taking place, it is easy to assume that Ireland has put all our historical hangups behind us. That we have learned to accept our past and any of the uncomfortable truths hidden there. To some extent this is true. Irish soldiers who fought in WWI now get the recognition they deserve for their bravery and sacrifice. While those who served as members of the pre-independence police forces haven’t been rehabilitated to the same extent, their role in Irish life during the period is better understood.

I have come across some of this myself when looking into my own family history. Most of my maternal side of the family would have considered themselves to be of Irish Republican lineage. However, that wasn’t the case for everyone in the family. I had one great uncle from Co. Waterford who had served in WWI and was also a constable in the Royal Irish Constabulary. He was stationed in Co. Wexford where he died in 1921 during the Irish War of Independence. His death wasn’t particularly glorious, being accidentally shot by a fellow constable while on patrol. To me and some of my cousins this proved fascinating, but other members of the family weren’t as interested. Perhaps because his role as a servant of the British administration in Ireland during a contested time doesn’t fit with how the family see themselves. This is not to criticise. It is simply who they are. All of us have our inbuilt biases.

A recent visit to the National Archives of Ireland also put me in mind of another aspect of Irish history that is often overlooked and it’s connection to my own family. Ireland maintained an official policy of neutrality during WWII, although a number of Irish did enlist with the British army and the armed forces of other Allied forces. On the home front there were those who believed in the old maxim that Britain’s difficulty was Ireland’s opportunity. The IRA launched a bombing campaign in Britain. In order to maintain their position of neutrality, and avoid a potential invasion by Britain, the Irish government felt the safest course of action was to intern all those suspected of IRA membership. This was certainly not the first or last time such a policy was carried out on this island. The internees were placed in a camp in the Curragh, nicknamed ‘Tintown’. Among those internees, was my grandfather, his brothers and some of their friends. My grandfather never liked to speak of his time in the Curragh and it is a period rarely discussed in Irish history. I suspect there is a certain shame when it comes to the history of internment without trial.

This being my first research visit to the National Archives, I wasn’t entirely sure of how I would find the appropriate records. Were they considered criminal records? Or were they military? Or perhaps they fell under another category entirely? I guess I’ve been spoilt by the easy access to online catalogues. I approached the archivist on duty and sought her help. I think it shows how rarely these records are consulted that it took her some time to figure out what they were held under. We eventually located some of the records related to the Curragh under the Department of the Taoiseach. Although I didn’t locate anything specifically connected to my grandfather on this visit, I did come across one illuminating account of how order was maintained in the camp. Some of the guards carried guns and during one particular disturbance, they opened fire on the internees. A number were injured and one died of his wounds not long afterwards. I don’t know if my grandfather was present for this disturbance or if he had any involvement in it. I can tell I have more research to do and I have become curious about delving into this period. If anyone reading this does have more information or photos of internees from the period, please send me a message.

All of this has made me realise that genealogy doesn’t stop within recent memory. Just because we knew a previous generation, doesn’t mean that there is nothing more to uncover. Sometimes these secrets may be uncomfortable but that is the inherent risk with delving into our family history.

100 years today on the morning of what was then Easter Monday 1916, a group of armed insurrectionists seized a number of buildings around Dublin. These insurrectionists were members of the Irish Volunteers, the Irish Citizens Army and Cumann na mBan. This included the General Post Office on Sackville Street (now O’Connell Street). Soon after two unfamiliar flags were raised above the GPO and a proclamation read out which declared that Ireland was now a Republic. For most of the following week Dublin would be engulfed by the Rising.

Original Copy of the 1916 Proclamation (Picture: National Library of Ireland)

This insurrection was the 1916 Rising and it would become the defining moment in the struggle for Irish Independence. By the time the Rising came to an end, 485 people had lost their lives. The majority of these were civilians who had been caught up in the crossfire, including 28 children. 107 Crown forces were killed, including Irish soldiers serving in the British army. 17 policemen lost their lives during Easter Week, only four of them in Dublin.  Of the Rebels, 58 were killed. 16 men were executed for their role in the Rising, including Thomas Kent in Cork and Sir Roger Casement in London.

Much has been written about the events of that week and even a century on there is still plenty of debate about whether the Rebels were justified in their actions and how they should be remembered. A recent Remembrance Wall unveiled in Glasnevin Cemetery on April 3rd caused plenty of controversy because it listed the names of all those who died, including Rebels, Civilians and Crown forces. The names are displayed chronologically.

In some respects we are also still attempting to untangle myth from fact when it comes down to who was involved and what actions they took. Fortunately much work has been done in the last few years, particularly by genealogists. Multiple new record sources have been made freely available online.

One of the best sources to consult is the Bureau of Military History. They have uploaded copies of witness statements taken from those involved in 1916. They also have press cuttings from the period. If you are looking to confirm whether a particular family member was involved in the events of 1916 then it is worth consulting the pensions collection in the Irish Military Archives. The information contained on both these websites can be extremely helpful in determining whether a family member did indeed see action during the period and where they were involved.

The National Library of Ireland and the National Archives have also uploaded much of their collections connected to 1916. Of particular note are the Property Losses (Ireland) Committee 1916 compensation files in the National Archives. These files contain compensation claims from those whose homes or businesses were destroyed during the Rising. They can be extremely valuable if you had family living in Dublin at the time who weren’t directly involved in the fighting but still suffered as a result.

One of the best websites that has come online in recent years is the Letters of 1916 project. This is the first public humanities project in Ireland. It’s goal is to create a crowd-sourced digital collection of letters written around the time of the Easter Rising (1 November 1915 – 31 October 1916). This isn’t limited to Dublin or the Rising, but includes letters from all around the country and on a number of topics. Members of the public are invited to contribute through uploading their own letters from the period and also to assist with transcribing the letters.

Not to be outdone, Ancestry.co.uk and Findmypast.ie have both made their own contributions.

Ancestry have released Courts Martial Files and Intelligence Profiles connected to the period. They also have access to the Military Service Pension Index and the National Army Census of 1922.

Findmypast.ie have made available their Easter Rising & Ireland under Martial Law, 1916-1921 collection. The 75,000 records include reports and military intelligence detailing the events of Easter week 1916. These records are free to search until April 27th.

This is only a brief listing and there are many other great resources out there. The National Library is currently involved in compiling an archive of many of the websites which were set up to honour 1916.

Regardless of how we view the Rising and those who participated, we can at the very least find out a lot more information on what was actually happening during the period.

Update: I just realised that I neglected to include this fantastic podcast by my friend Lorna Moloney for the Genealogy Radio Show on Radió Corca Baiscinn. It offers a genealogical introduction into the lives of the signatories of the 1916 Proclamation.